This is Perth has won Best Film at the WA Screen Awards. Held at the Perth Concert Hall on Saturday, the awards recognise the achievements of the local screen industry.

The film also received the People’s Choice Award, which is decided by popular vote at public screenings held in February.

The awards are judged by industry specialists who selected the film from a record number of entries this year. The two major prizes reflect both the popular and critical acclaim that This is Perth has received since its release online in late August 2009. 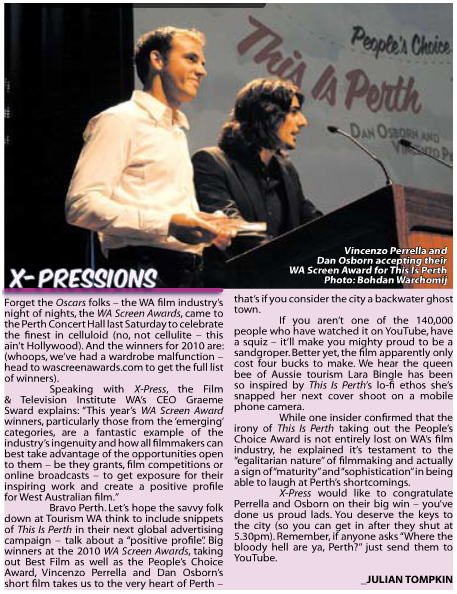